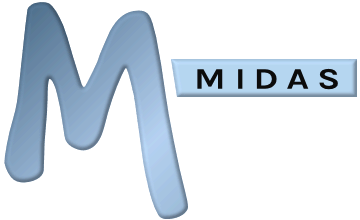 MIDAS is a leading web based scheduling system giving you complete control over your room bookings & resource scheduling. Accessed entirely from your favorite web browser, see at a glance when your bookings are scheduled, manage staffing & equipment, send confirmations & invoices to clients, take booking requests through your website, and put an end to confusion & double bookings once and for all!
Our main site is...
https://mid.as
Also find us on...

← Back to current Service Status